Want to get your free 3-part cartooning course? Learn More

Considering 2019 is getting wrapped-up like a Christmas gift, I wanted to share a YEAR END REVIEW with you. I’ll talk about the highs, lows, in-betweens and upside downs with cartooning and work (and possibly a bit more). I hope you don’t get dizzy.

It’s hard to say if a year is good or bad. I don’t think that makes sense, considering every year has a lot of good moments and some bad ones, too. And often what appears to be bad is actually good. Confusing, I know.

I’ll chalk this year up to, well, a growth spurt. I grew a lot as a cartoonist (not physically – that would be weird) with some big successes, moments of doubt when things haven’t panned out and really “going for it” with some risky things.  I’d call all of that growing, because if you just stand still and stick with the routine, you’re really not.

Let’s start first with an area that I’ve been really happy with: writing.

One of my biggest goals I’ve had now for YEARS was to get a literary agent. And what do you know? I did. (Thanks, Matt, and The Tobias Agency!)

Once you get an agent, the next step is to get a book published (which is how I got my agent – pitching my book). That’s where the brakes were pressed down. At least momentarily.

I won’t go into details (because it’s a “top-secret” project of mine), but we had a lot of interest with a manuscript I put together. At the end of the day, publishers didn’t know exactly how to market it and it didn’t make it past the meeting rooms with editors. However, a lot of positive responses for it, which was hopeful. So, this part has been tough. It’s felt like it’s been just a few millimeters away from signing a contract for publication, but just not quite there — yet. So close…

It will find a good home someday.

Going into 2020, we (my agent and I) have a new graphic novel that is going to be shopped around. This I’m VERY excited about. I can see the big picture in this one and it’s going to happen, one way or the other.

Writing has played a crucial role in all my work this past year.

I wrote numerous ads. I created some new blog posts on Medium. The books, writing comics (nothing new there) and now, going into 2020, I’ll be taking on a new editorial role.

Yes, beyond being a cartoonist, editorial work is in my background. You may know, I was an editorial (not art) intern at MAD Magazine. So, I recently got a position as a remote editor for a pretty major web publication. I’m really exciting about this new gig and it’s a great complement to my cartooning, too. I’m anxious to roll-up my editorial sleeves and grow with this company. More on this another day…

The bittersweet news of 2019 was leaving my job as a full-time, in-house cartoonist for Red Bull, in L.A.

Above: One of the ads I wrote and storyboarded for Red Bull.

It was an amazing experience and brought me out to the west coast. I created a ton of storyboards, wrote many ads and met some awesome people (who I’m proud to consider friends).

In August though, I left.

This past summer, I relocated outside of Los Angeles, about 60-miles away, to the town of Beaumont, California. There, I was able to purchase a home and have my own studio. I tried to negotiate working remotely, but it didn’t work for them. I actually commuted for a couple of months (I wrote all about it here) and it wasn’t possible to keep up. I had no choice but to leave. It wasn’t realistic to work essentially 15-hour days daily without going completely nuts. Mentally, I was spent.

That led to an interesting period of finding new clients and, what ultimately, has led to my new editorial position.

What was nice about leaving as well was time for some other major projects I wanted to produce. 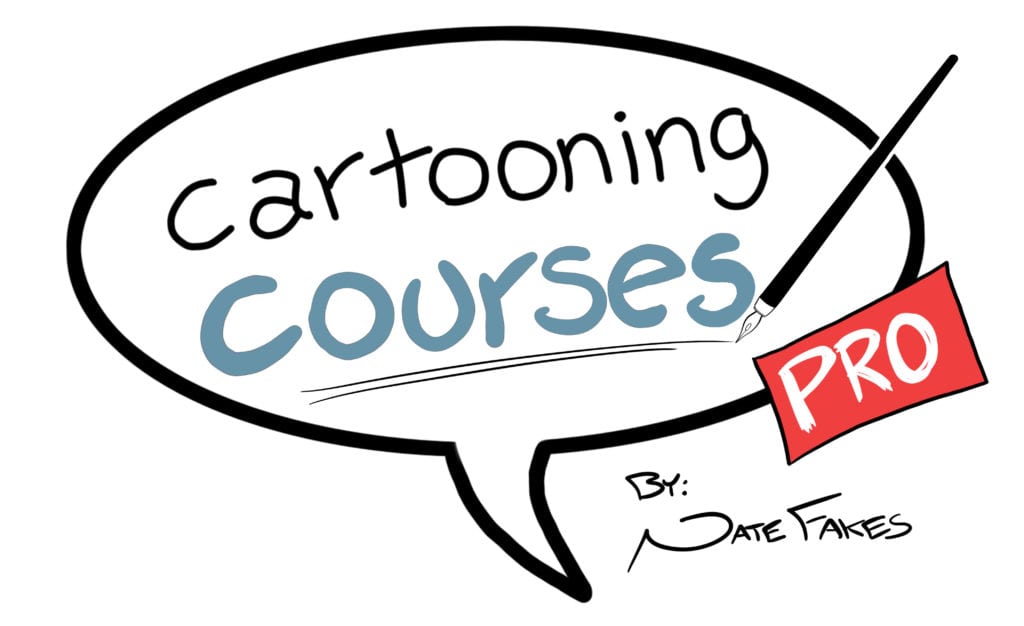 It’s always going to be a work-in-progress and I was finally able to devote a lot of energy to building, market and eventually bring it to life.

I have a small but mighty group of students enrolled with CC Pro, and really want to promote it big-time in 2020. Teaching is a major thing for me. I really believe in what I’m doing and I love to help anyone I can when it comes to cartooning. This profession is maddening, so having a course that can help, along with support, means a lot. I’m finding it’s benefiting my students, which is its goal (and extremely refreshing to hear). Talk about rewarding. I want to ensure each student is heading in the right direction for whatever it is they want to achieve and I’ll do anything I can to help with this course. Plus, I’m having fun with my new CC Pro family; seeing what they’re up to, learning about their work and all of us offering advice. The social aspect of our private Facebook group alone could give Cheers a run for its money.

With all of the focus on Cartooning Courses, my books and the new home/studio, I found that I didn’t have much time for clients and financially I took a hit. However, I’ve changed that now and things are much smoother after my rough patch of transitioning from fulltime employment to on my own. Though I felt I couldn’t keep up the pace commuting, still, it was a major financial risk quitting and going from a comfy paycheck to freelancing (ultimately, it WAS my choice to leave the agency). But, again, this was also one of those areas that really helped me grow – by taking a huge risk. And I’m glad I did.

Moving on to my syndicated comic, Break of Day.

This feature has been my baby for years. It’s my calling card for other projects. I look at these little panels as business cards that can bring in new opportunities – and they do. However, the feature itself has been a bit neglected this year. Like a lame cable news channel, I’ve ran a ton of reruns throughout 2019 (it’s been that “too busy” thing). However, the new ones that I produced, I feel, are some of the best ones yet. I’m slowly, very slowly, avoiding so many puns and trying to really create extremely fresh gag comics. I’ve been meticulously stringing together more visually stunning images and new scenarios that are (hopefully) funny.

Gag cartooning is one of those mediums that it’s hard to create material that hasn’t been done before. It makes it challenging — but at the same time, a headache when you see a comic surface that’s close to identical as yours.

Just recently, I created a comic about Christmas lights. Well, come to find out, there’s about a hundred other gag comics like it. I thought it was fresh…

I have a rule of thumb where I google ideas first to see if they’ve been made, but somehow, I missed this one. 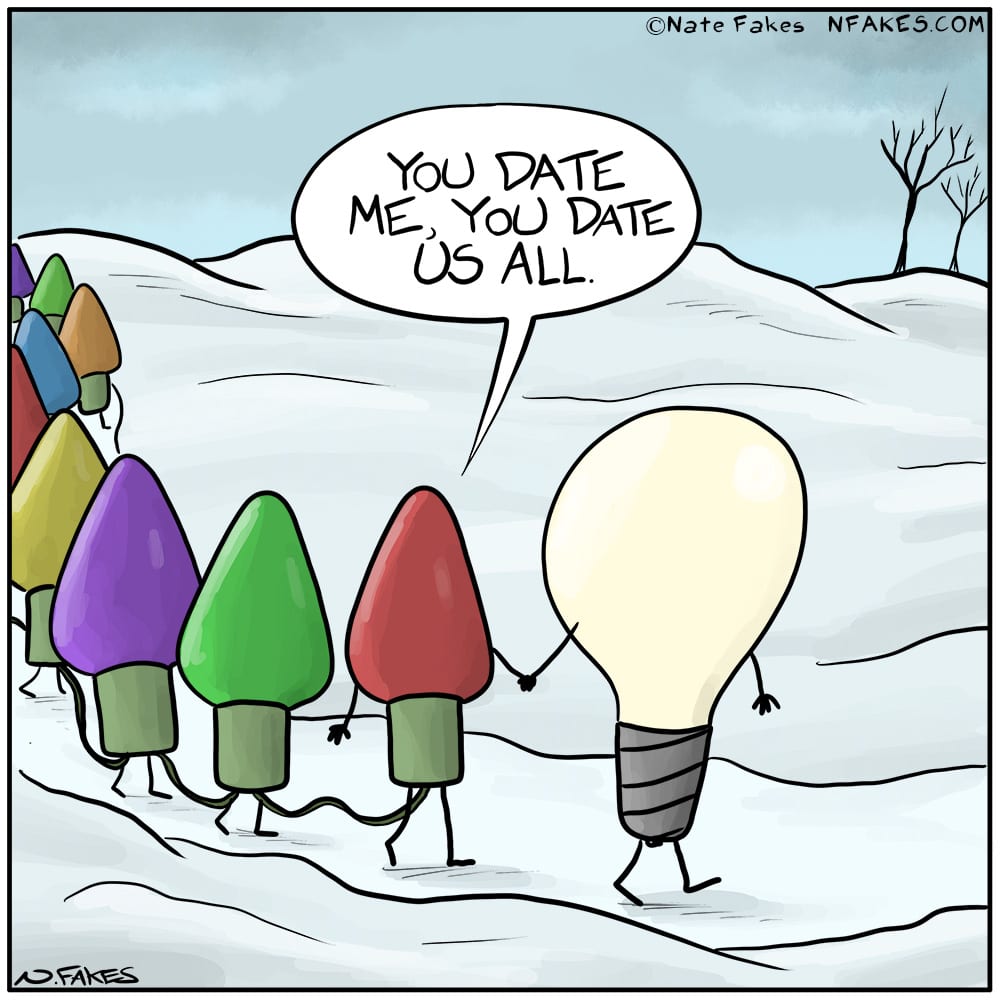 Above: There are other gag comics with a similar premise. Trust me.

With this happening more and more, I’m REALLY trying to develop NEW. I’m rethinking a lot about gag comics in general and trying to make them more relevant. Anyhow, this has been crossing my mind recently. I’m sure it will come to some conclusion.

Going into 2020, I’ll try to go back to daily cartoons and not as many repeats. It’s important for new material because Break of Day helps keep my brain fresh with my writing routine. With all of the other writing that I’ve been doing, I’d say I’m pretty freshened up. But, writing gag comics is an area I need to stay on top of, too. To create something in one, small little panel REALLY makes a person think hard.

In a non-cartoon related topic, one thing that I was able to knock off my bucket list in 2019 was appearing on a game show.

I had a chance to go to six shows last December, fulfilling my standby role. Nobody chickened out or was a no-show that day of tapings, so I wasn’t on then. However, I got my “official” taping date in early February and got to meet Pat and Vanna. Both very cool people, I might add.

I could write a lot about the entire process, what it was like, etc., but for the sake of this wrap-up blog, I won’t say too much. Let me just mention that it was an amazing time. I went into it with the attitude of 1) have fun 2) focus 3) win! 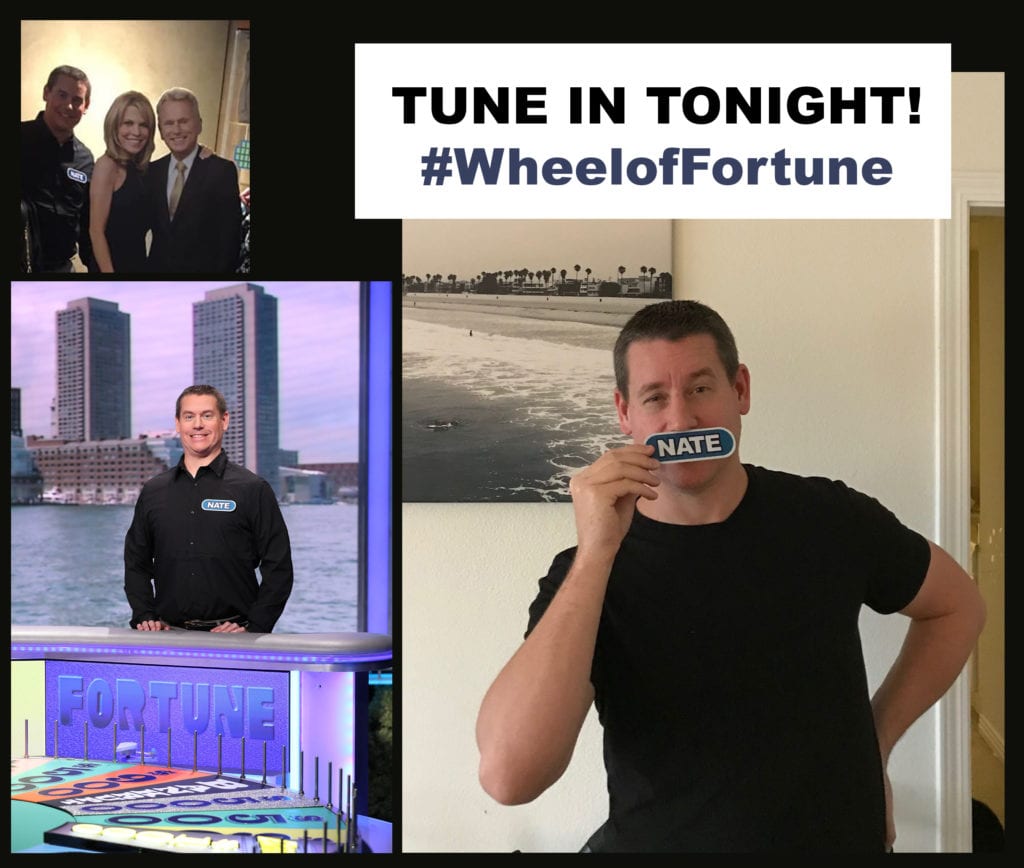 I don’t want to dish out any spoilers here. Like Break of Day comics recently, you’ll have to catch the show on a rerun to see what happens.

Beyond game shows, Cartooning Courses, freelancing, books and becoming an editor, I had some interesting projects come in in 2019. I was the illustrator for a self-published children’s book, created numerous covers for a variety of publications and also sold some new greeting cards.

I’ve also dabbled in animation recently. Oh, what fun that is! I consider this more of a hobby right now. It’s just enjoyable. Seeing my work come to life is really unique and I look forward to getting better with it. I’ve been posting these on my Instagram, if you’re ever in my neck of the woods.

Being in the L.A. area, it’s been nice to be so close to some of the pros in the business. I’ve attended some NCS-L.A. get-togethers in Hollywood, went to the new MAD offices in Burbank and checked out the WebToons studios. I’ve had a chance to make some new friends in the industry and talk shop. I love it out here and I think the west coast has really helped fuel a lot of my creative juices. Plus, the weather ain’t bad.

To sum it all up, again, what a year of growing!

As I get older, I still don’t feel settled at all and believe the best is yet to come. I have these new directions I’m going with writing (books, blogs and more), my art and what I want to accomplish. There’s a lot more, God willing, that I want to do (and plan on it).

I took some major risks this year: moving out of L.A., quitting a secure job, being in front of millions of people on a game show (with the fear of falling on the wheel and making a fool out of myself), etc. And, though there’s been some very stressful moments, I know they have paid off. It’s weird how when it doesn’t seem like things will pan out, they do. The second it seems like things are hopeless, things can turn around. That’s what taking a risk is. It’s NOT easy and be prepared to hold-on tight for the ride. If you can make it through the rough patches, what awaits on the other side can be even more than you imagined. At least that’s my take on it…

Whatever you’re up to right now, I hope that 2019 was a good one for you and that 2020 is even better. Maybe it will be a year of growth? (If you’re under the age of sixteen, it’ll probably happen naturally, so you’re in good shape.)

And now that I’ve wrapped-up this post, I need to go wrap-up some presents… 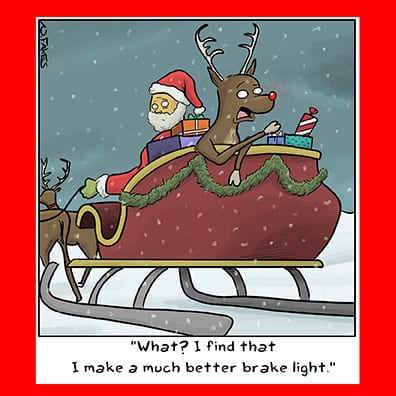 What are your thoughts? Cancel reply

Cartooning. Where to begin?

How to Draw A Cartoon: Episode #1 — Cold and Birds

6 Solid Social Media Platforms and Tips for Cartoonists in 2019